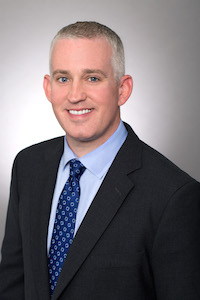 Greg joined Kensington Vanguard in August 2010 as part of our National Lender Services Division. Since joining the firm, Greg has assisted with the management of the Settlement Department and has been an integral part of our team. He assumed his current role in May 2012. Prior to joining Kensington, Greg was an Operations Team Manager at Titleserv, Inc. for over 7 years where he managed a settlement team responsible for upwards of 1200 transactions per month. He serviced many national, institutional lenders such as JPMorgan Chase Bank, Wells Fargo, Bank of America, and Washington Mutual Bank as well as most of Titleserv’s local/regional clients. He worked closely with external clients, salespeople, and internal operations staff to create workflows and effectively manage a large pipeline of residential transactions.

Greg received a B.S. in Business Management and a B.A. in Economics from East Stroudsburg University of Pennsylvania in 2001.